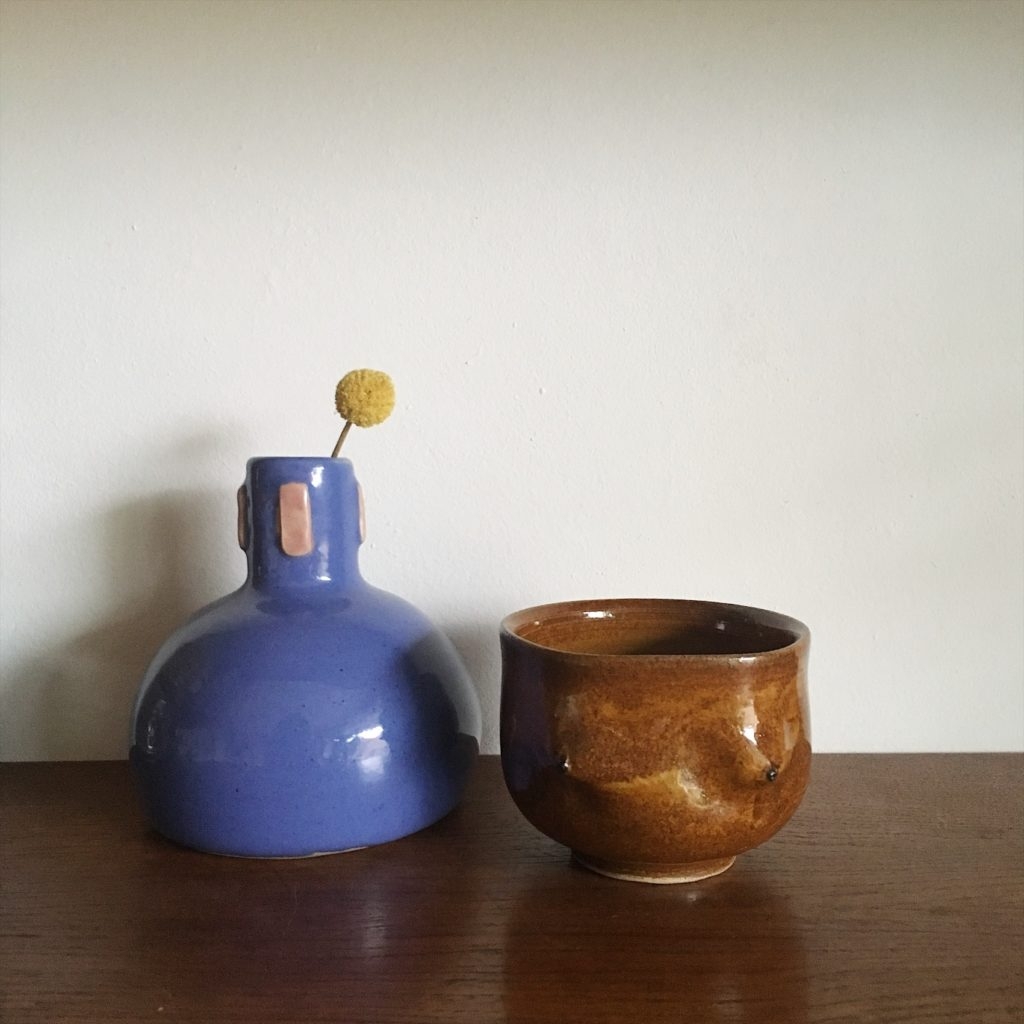 Dutchies remember this concept? It was me trying to make something out of my life by making a gigantic to do list with things I wanted to do in that year, and doing monthly updates on how that went. Well I’m not saying I’m going to really religiously do this. But I thought it would be nice to at least do something of a monthly update on stuff. Anyway, to go ahead with this I thought it’d be nice to first look back on the past year (it’s still January so we’re okay right?)

Break-up
Though a lot of stuff happened in 2018, the central happening of 2018 was the break-up. It changed everything for me, and kind of made me forget most other things that happened (most of the thing before anyway). It was such an intense time and I’ve learned so much from it. It truly was a moment from which I kind of started over again on a lot of facets of my life. How am I going to get through this? What do I want? What do I want to do with my time? (When will I stop crying, who’s ever going to love me now, when should I adopt my first cat and how soon after should I get the other 7 etc etc.. you know stuff like that).

Tiny Guide
It also made me channel my heartache into art like a true pisces (you probably need to follow me on Instagram and have excellent memory for that one): The Tiny Guide to Heartbreak. I loved making that. It was how I would always write songs about what I was going through, but since I’m not doing that anymore, this was the new version of it. Also I loved how I was searching for a while how to incorporate drawing into my life (haha don’t know if this sentence truly conveys what I wanted to say but oh well), and now it just presented itself naturally. I never had to force myself to work on it because I loved it. And okay, most of it was just handwriting instead of drawing, but I loved doing the combination. I also loved writing like this.. knowing it was going to be a little book. I was so wrapped up in my feels at that time, it’s only now that I really realize how fucking cool it is that I made that tiny guide and got it printed. And hearing back from people that’ve bought it is just amazing.. 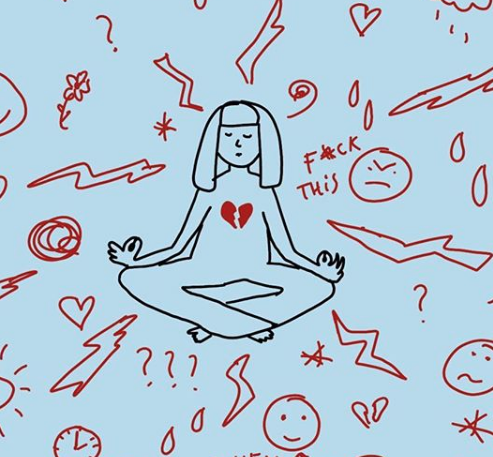 Feels
Even tough I had some trouble with eating and cooking for myself initially after the break-up, even though I thought of doing it; I’ve never had relapse with my ED or self harm. The last time something big and emotional happened to me (about 3 years ago) it was totally different.. I really still think something fell into place for me with reading Self-Compassion by Kirsten Neff. Though dealing with intens ‘negative’ emotions still isn’t easy (it will never get easy though, will it?) it really helped me in soothing myself, in practicing self-compassion.
Anyway, I’m really proud of how I’ve dealt with all the feels. It has made me feel so empowered, knowing I can trust myself to be there for myself.

Exercise
Who would’ve EVER thought that I would enjoy a form of exercise?  Nobody? Thought so. BUT IT HAPPENED FOLKS. I started bouldering and I love it! There were times where I went four times a week simply because I enjoyed it so much. It kind of bothers me that I’m still not very good (you have different kinds of levels, so dark green is the easiest, then brown, blue, orange, lime etc.. and I’m still kind of stuck at green with some brown and an occasional blue), but I’m really trying to not let it bother me because I want to keep it fun.
I’ve started going again this week (I didn’t go for a while because I fell of my bike and was limping with my right leg, went to Scotland for a week, stubbed my foot in Scotland so that I was limping with my left foot, and then I got sick) and after some horrendous muscle ache I think I’ll make it three times this week. Love being back on the boulder (yes that’s an awful joke thanks). (Oh oops but this is already an update on January)
Wait. PROOF: 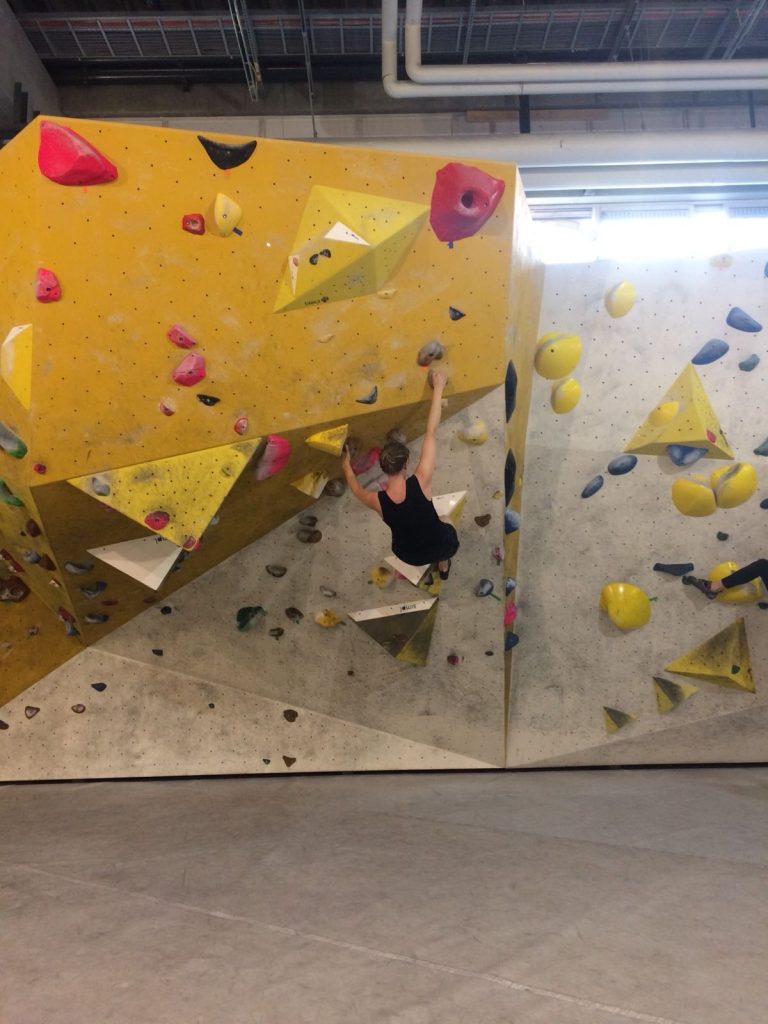 Thanks for this picture Sanne

Ceramics
I made a lot of pots in 2018, omg and of course I did the ceramics study in Gouda! I completely forgot. I finished year one and then I quit because it wasn’t for me. But I really improved my pottery there, so I’m quite happy to have done a year.
I made my first teapot,  I started doing the boobcups.. ooh I also got the totebags printed! No ceramics, but still nice. And also very cool; a lot of my pots found new homes! Such a weird idea still.
Sophie joined me in the studio and we’ve been going (sort of) weekly ever since, which is so nice. It’s made it so much more fun being there and working.

I’m going to have to think about how I want to do this to do. I used to do it with different subjects, stuff like food, books, self, etc.. But I’ll have to be quick about it right? I mean it’s almost February already (??!!!!!). Anyway, maybe I’ll just lose the concept and just do monthly updates instead of really making a list and ticking boxes stuff like that. I’ve already done the 2019 list for myself in the first week.. it’s not that long.

Yeah okay, it’s probably not going to be a ‘2019 to do’.. :’) but I’ve already written this blog now so I’m just going to keep it like this. ANYWAYYYYYYYYY I will be back, with at least SOMETHING on 2019 and it’s months and stuff. Mmkey.